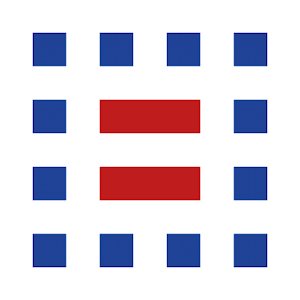 With this mobile app users can see clubs and their population in their near field area. Users can see the total population of a club, friends who are visiting this club and the proportion of single-girls and single-boys in there in form of a number, in percentage and a diagram. There is a ‚Let’s go Out‘ button. By hitting this button, the user tells the system that he is out right now. When he is in a range of 30m to a club, he gets signed in and his friends will see it. This will be possible only during the clubs opening hours. When the user opens the app and is no longer in range of the club he has signed into, he gets automatically signed out. He get’s also signed out, when the club closes. The Friends-UI contains out of a list of the users friends. He can also see who of his friends is currently out. We want keep the possibility of adding friends simple, so this can be done by reading another users QR code.

AGILE is a modular hardware and software gateway for the Internet of Things with support for protocol interoperability, device and data management, IoT apps execution, and external Cloud communication, featuring diverse pilot activities, Open Calls & Community building. Recommender App connects to your gateway and according to your gateway profile, recommender engines calculates the most related applications and workflows for you. If you would like to download one of recommendation results, app automatically triggers your gateway for download operation.

Remindme is you new alarm manager for all of your Fitbit tracker! All you need is a Fitbit account with a supported device connected. It’s not in the name, but we also sync your fitness data to the Health App.

MathEvo is an educational game for children. The goal is to solve simple math problems, for which you get rewarded with stars. With these stars you are able to unlock new backgrounds and character models. The gameplay is based on the old Donkey Kong game, where you have to climb ladders to reach the goal. Each climed ladder adds another piece to the equation showing in the top right corner. If the equation is wrong, the right path will be displayed. All levels are randomly generated.

Level up your geography skills in the most fun and engaging way: with GeoQuizz+

– Take the challenge and identify countries by their flags or their outlines.
– Guess the location of cities as accurate as possible

StepForward uses the built-in motion sensor in your iPhone to track your daily and weekly step activity. The track data is then used to present the appropriate information you need in order to keep up to your goals. For every step you take, you get one step closer to earn achievements based on your progress. The purpose of the achievements is to motivate you to stay healthy and walk more, but also to make it more entertaining. This application is developed by two Swedish exchange student at TU Graz, Austria, in the course Mobile Applications.
Every step you take, every move you make, we’ll be counting it!

A fun, addicting game for everyone.